A short email to let you know of two military archaeology lectures this weekend. These include the first of the reschedulings down to the weather at the end of last month/start of this month, and also span from the Roman period (at least?) to the Modern. You’ll have to go along to find out more.

Dere Street: the archaeology of a Border Road
Those members and followers of CBA North who were at our April conference last year will remember the presentation by Chris Butterworth and David Jones of our group member Coquetdale Community Archaeology. This lecture will deal in more detail with the Borders Roads Project, and in particular Dere Street. 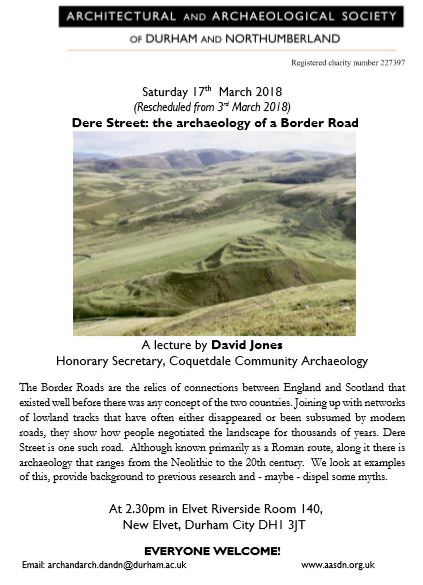 The excavations of the Catterick and A1 section of this route beyond our region’s southern boundarues have been covered by previous talks and events which we have sent you notice of – this lecture will look at the northern edges of our region.

A Blyth Battery talk
Members with a longer memory will remember our CBA North tour of Blyth Battery with Chris Burgess back in 2010. If you weren’t there, but are keen to learn more about this site there is a lecture in Belford on Sunday. 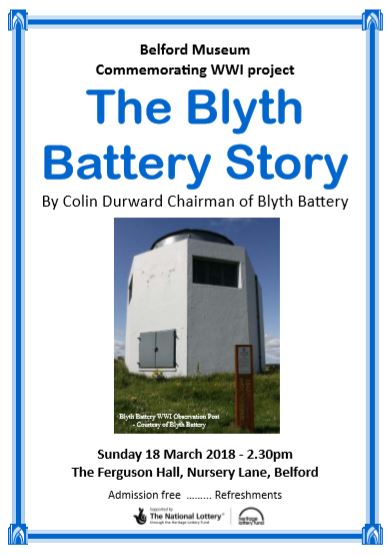 Further news
We’ll aim to send some more news of things past at next week from around the region. If you would like to submit anything, or indeed for the next CBA North Committee, please feel free to do so. The contributions and thoughts of all Members and Followers are most welcome at any time.

Further details are through our website pages for the groups, the times and venues of these meetings.