CBA North News
Now into the fresh month of May, we now have some fresh news of events, exhibitions recently launched and publications further freshly issued in this first email of the month. This month is notable for many reasons and in particular for the first event listed here – throughout the many incarnations of CBA North past and present Professor Dame Rosemary Cramp has been a steady and steadfast supporter of our work. A special invitation extended to all for an event coming up on the Friday of this week – please follow the instructions if you would like to attend this. 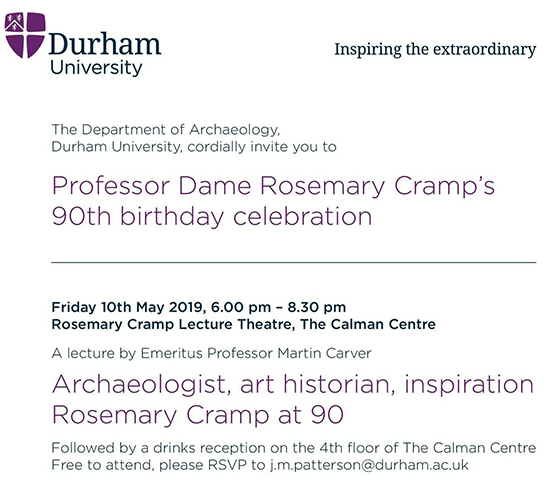 Professor Cramp whose work has regionally and nationally specialised in the Early Medieval period (with 1960s and 1970s excavations at Monkwearmouth and Jarrow), has also included developing the Corpus of Anglo-Saxon Stone Sculpture regional studies (the gazetteers now appearing online, with the ever expanding website), representation (not least of her own Durham Department of Archaeology) in many local and national societies, boards and organisations (including that of both CBA North and indeed CBA National itself), and many, many publications (still going into the 2010s), is of particular note.

We are sure that all CBA North Members wish to send on their congratulations and best wishes to Professor Cramp.

Our other news is more varied, but no less important, and criss-crosses CBA North-land in its coverage. As noted another email will be coming your way next week with further news. More content, particularly of events and excavations just past, is always welcome.

May Events 2019
1 May – Vikings in Scotland: some close encounters of the museum kind, Trevor Cowie [TILLVAS]
8 May – AGM and From Nursing to Archaeology, Charlotte Roberts [CCA]
8 May – Henge Monuments and the enclosed cosmos, Pete Topping [NAG]
13 May – Lyres and spears: the hunt for poetries of the Northern Iron Age, Dr Graeme Lawson [BAS]
25 May – The Two Brothers, Roger Forshaw [NEAES]
29 May – Recent fieldwork on Lindisfarne… shedding light on the early Medieval monastery, David Petts and Richard Carlton [SOCANTS]
May – AGM, title and speaker to be announced [ARCH & ARCH]
May – Hidden Monuments, Emma Watson, date and venue to be announced [TAS]

[As noted we continue to keep our Events website page up-to-date with details; please let us know any additions or alterations to that page or indeed this listing. More one-off or annual events can be sent to us at any time, Ed.]

‘The Arbeia Society and Tyne and Wear Museums and Archives have published a report on the long series of excavations on Hadrian’s Wall at Wallsend which were carried out intermittently from 1991 to 2015. The report describes not only the building of the Wall and its several rebuildings following successive collapses, but also the distribution system of the fort aqueduct, the defences of the military vicus and ritual deposits of weaponry in the later 3rd century. Other chapters looks at the evidence on which the full-size reconstruction of the Wall was based, at the temples east of the fort and at occupation, including buildings, immediately beyond the Wall. The structural history of the curtain of Hadrian’s Wall as a whole is discussed, and there is a short essay on the problems and opportunities of developer-funded excavations on its line, especially in modern urban areas’. 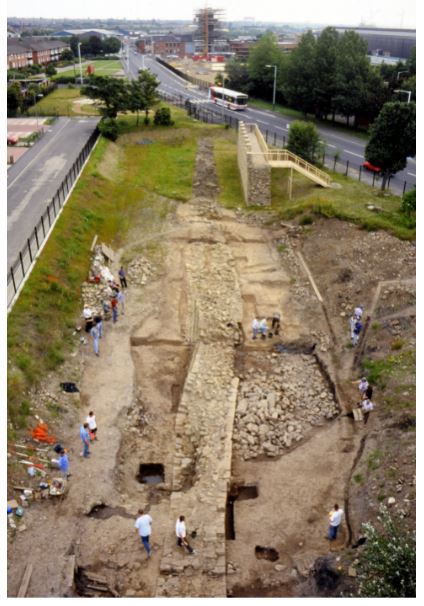 ‘Volumes 1 to 8 of the Arbeia Journal, most of which are now out of print, have been digitised and are available on the Arbeia Society’s website here. Later volumes of the journal and other publications of the Society will appear on the website in due course’. 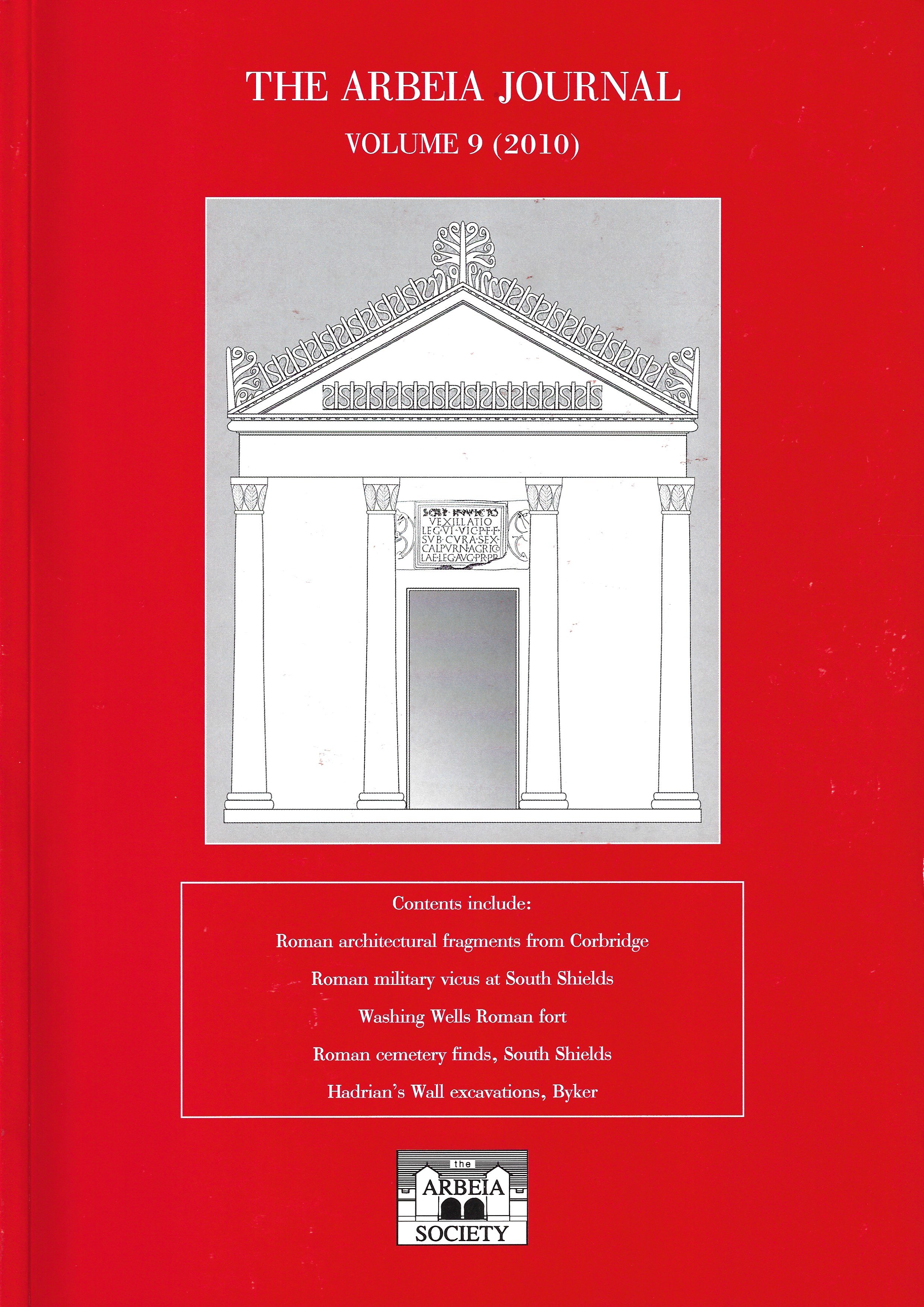 Though the main focus of the journals contents are on South Shields and Roman matters, there are other articles on Roman sites across the north and CBA North-land, as well as other topics again.

Ice Wall versus Hadrian’s Wall
Frances McIntosh, Collections Curator at English Heritage for Hadrian’s Wall and the Northeast,  has sent us notes of a current exhibition at Housesteads. 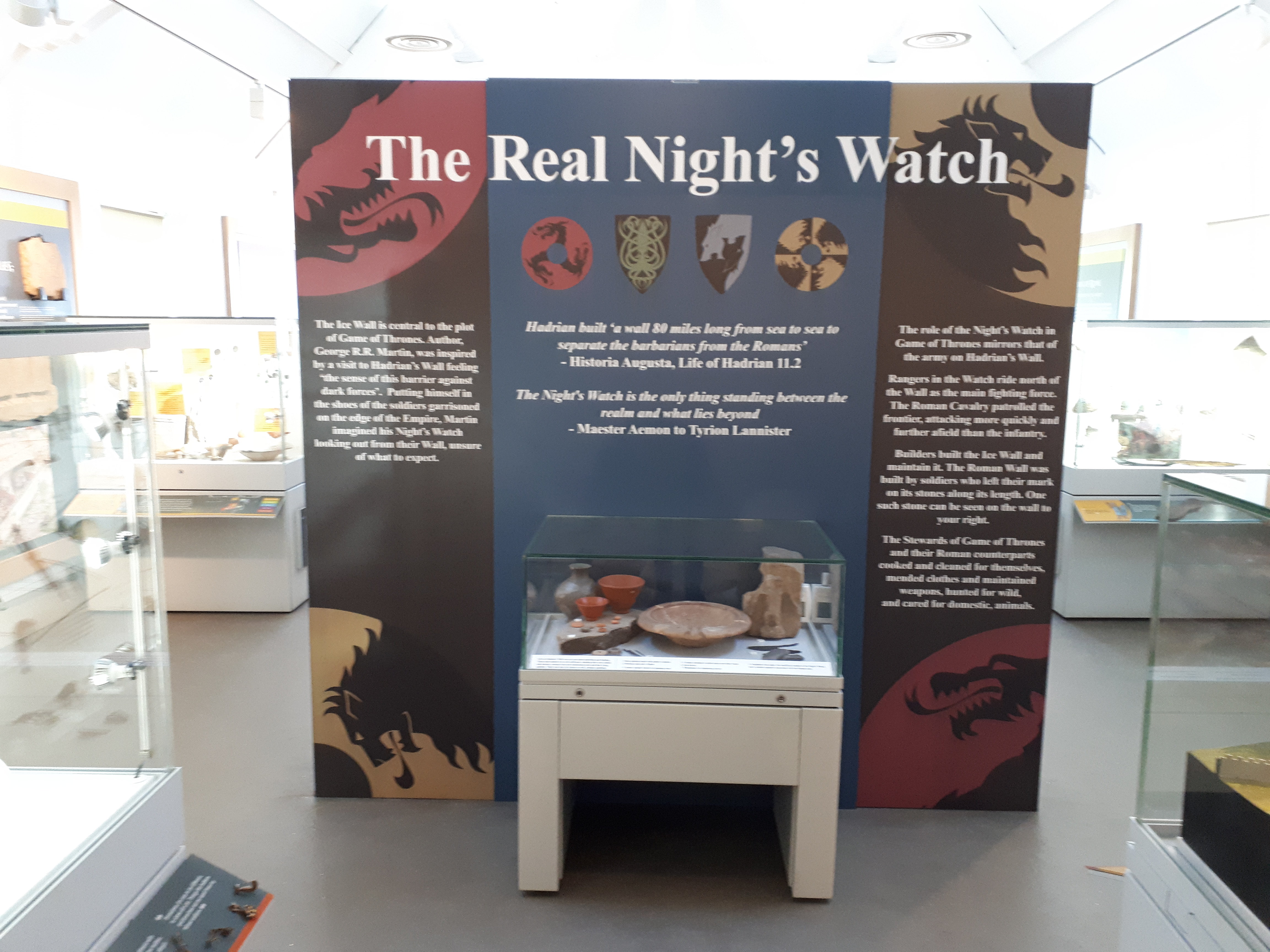 She writes: ‘To coincide with the final series of the TV show based on the books by George R R Martin, entitled Game of Thrones, English Heritage wanted to highlight why Hadrian’s Wall was an inspiration for the Ice Wall! Surprisingly, not everyone is interested in history, and so we thought this was a fun way to potentially inspire more people to visit our amazing World Heritage Site.

I have written a blog, which discusses the similarities between the garrison on Hadrian’s Wall, and the Night’s Watch on the Ice Wall, which can be read here. A small case and graphics at Housesteads continues this theme, showcasing everyday items from life on the Roman Wall. 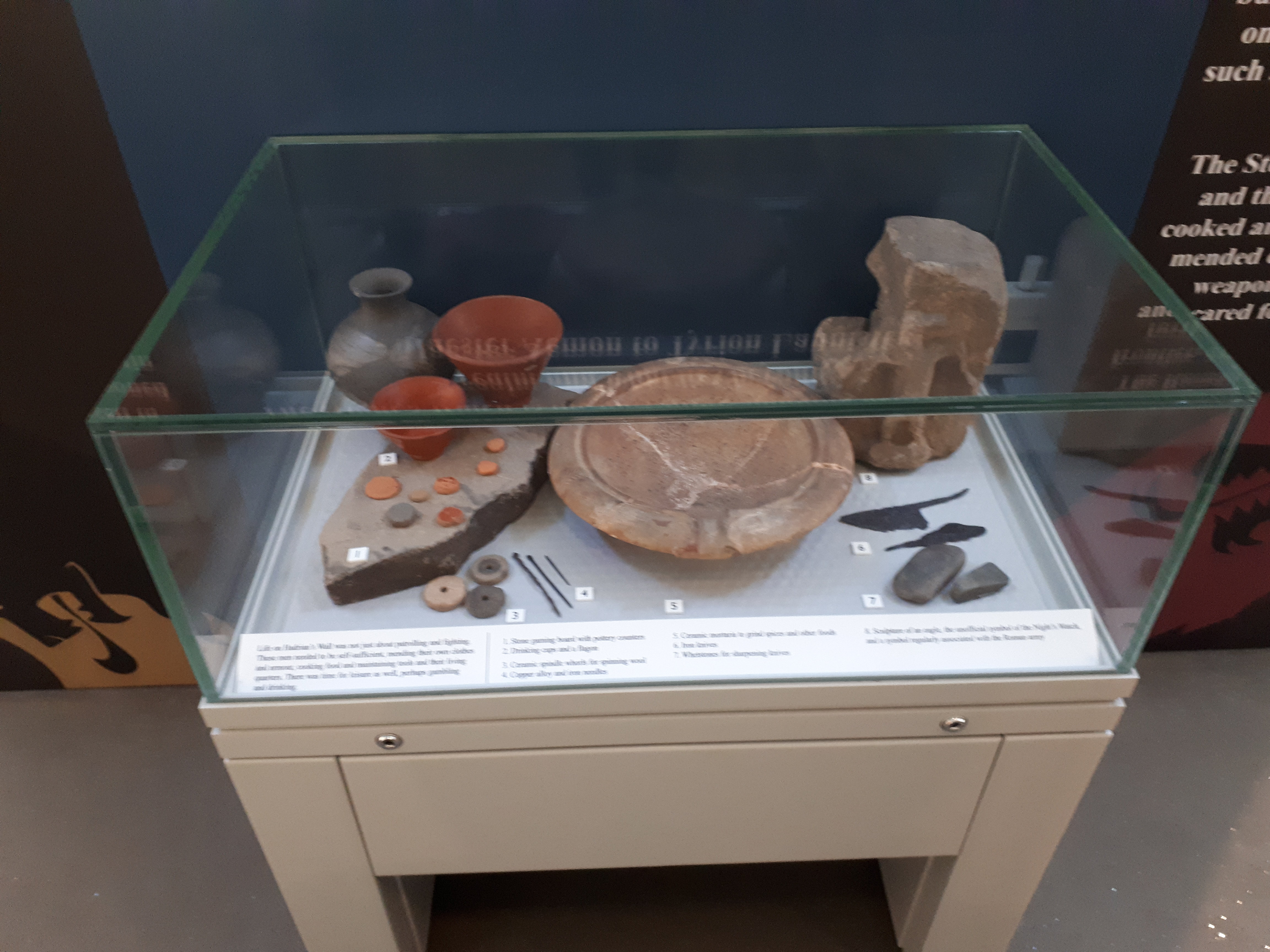 For those visitors who want to know more, a longer article can be found on the History Extra website.

Recent publications 2: The Clayton Collection
Also fairly hot off the press is Frances’ own book The Clayton Collection; An archaeological appraisal of a 19th century collection of Roman artefacts from Hadrian’s Wall has recently been published by BAR Publishing. This analyses the history and formation of this important collection of Roman material from the Central Sector of Hadrian’s Wall. It has case studies on Cilurnum (Chesters Roman Fort) as well as different groups of material showcasing the depth of the collection and its importance for our understanding of Hadrian’s Wall. 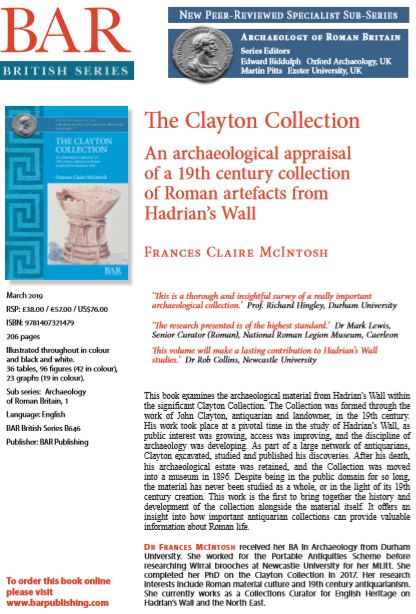