CBA North News
Today’s email title sounds like the cabbages and kings of the walrus in Lewis Carroll’s The Jabberwocky, but it is so this week. There are a pair of two lectures that we know about this week – both at the northern edge of our CBA North region. But both have stories to tell beyond their immediate area and internationally so.

Salt
The next lecture of the Border Archaeological Society lecture is tonight at 7.30pm at Berwick Parish Church Hall, Berwick, on The Needles Eye Enclosure: salt production in the Late Iron Age by Jenny Proctor. This important site was partly excavated to reveal an extensive, and well dated, settlement dating from the late 4th century BC to the Romano-British period.

The site takes its name from the Needles Eye rock arch in the cliffs shown above. The excavation of this site currently provides the most northerly evidence of salt production in prehistoric Britain, but more regional links with the Cheviots are also hinted at. All will be explained tonight.

Scottish Soldiers
Also this week is the next lecture of the Till Valley Archaeological Society which is also at 7.30pm at Crookham Village Hall, though this is on the Wednesday night. 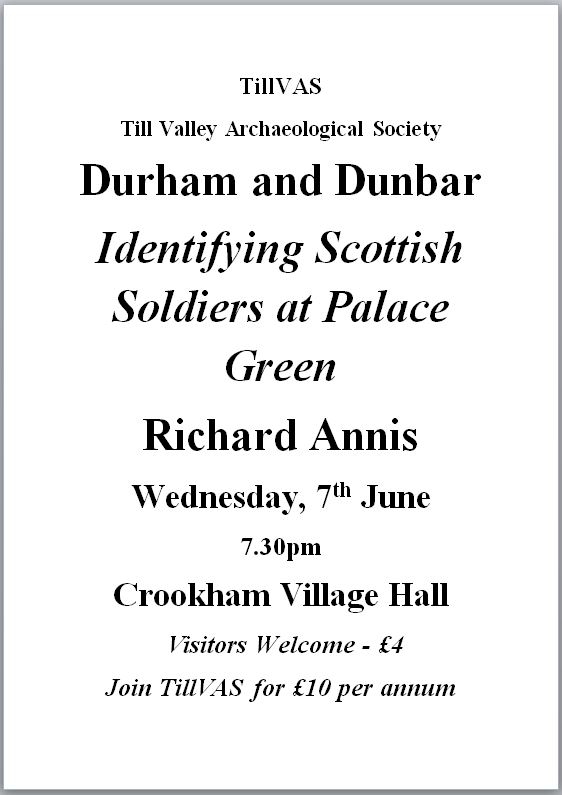 This talk will also highlight further national – and indeed international – links of events that happened in our local area. We’ve covered earlier some of the earlier events on these soldiers at Durham. Further information on this project, and the range of work carried out, can now also be found here.

Details for both groups can be found through the Local Societies and Groups page of our website.