CBA North News
A short email today for CBA North’s Members – behind the scenes we are working on a summary of our work for you and of our own recent events in Summarising and Sustaining Conference, as the well as our AGM. You will see various changes taking place on the website and to these emails in time.

Nonetheless normal business continues as General work and we’ve notice of two events this week below – one of which is tonight. Nonetheless our alphabet of CBA North archaeology continues and today covers from G to J.

The Teesside Archaeological Society lecture tonight
The next lecture of our group member the Teesside Archaeological Society is tonight on the Durham University Stockton Campus in D004 – please note the change in venue this time round. Whilst talking in the south-east of our region Dr David Petts will describing about his recent work in the north-east of our region; his subject Lindisfarne and the Holy Island Archaeology Project. This lecture begins at 7.30 pm.

Details on the group can be found through the Local Societies and Groups page of our website. This gives us an H and I for our CBA North alphabet.

Also this week – The Society of Antiquaries of Newcastle upon Tyne lecture
Tomorrow night also sees a lecture as well. The Society of Antiquaries of Newcastle have a lecture by Andrew Breeze on the Battle of Brunanburh and Cambridge CCC, MS 183. This lecture will be at 6pm at the Mining Institute in Newcastle. Once again details can be found on our website.

Looking ahead to June
Here is a list of June’s events that we know of so far;

Please let us know if you are organising any other events that you would like CBA North to promote. Details for each of these societies, such as their meeting places and times, can be found in the Local Societies and Groups of our website.

CBA North News
Today we have a range of items of interest for you. Again we continue through the alphabet  of archaeology across our region with C and D, E and F with a mix of Cresswell, Dogs, Egypt and Excavations, notice of a Forum and also of Fieldwork reported. We also look ahead to the Festival of Archaeology as well.

No less important we also remind you below of three other letters – A, G and M. Our AGM is on Saturday 20 May in Newcastle this year. Committee have noted the discussions from our recent Conference/Workshop and this gives us a chance to discuss in more detail our work – past, present and future – for you and your group.

CBA North AGM 2017 – a reminder
Our AGM is on Saturday 20 May 2017. If you haven’t booked up, or let us know of your apologies and instructions, please do so as soon as possible. This is your chance to hear of the work that Committee have been involved with on your behalf at local, regional and national meetings, as well as your chance to help in our aims and direction for the future. If you wish to raise anything please do so by the end of this week. We are especially keen that our group members to send representatives along.

We had various comments for a ‘resource bank’ at our conference/workshop in April, as well as more generally, and will look to discuss this and CBA North’s role into the future at this meeting.

The meeting is not all business however. The day gives you the chance to network and update other members of news, as well as hear a talk on the Portable Antiquities Scheme – in its 20th anniversary year – as well as participate in special tours of the Great North Museum: Hancock.

If you have had problems printing or returning the booking form sent through the emails, please let us know (including for any apologies and instructions in your absence) by emailing us at cbanorth@archaeologyuk.org.

The booking form is available on our website home page as a .pdf and also as a .doc file if you find it easier to use those versions. The deadline for any business from the floor to be considered is Saturday.

Cresswell Tower Excavations – an update
Philippa Hunter, formerly Cockburn, of Archaeological Research Services has sent us this update of work whose open-day we publicised earlier this year.

“The Cresswell Pele Tower Project is led by Cresswell Parish Council and the Greater Morpeth Development Trust. The aim of this Heritage Lottery Funded project is to remove the tower (see below) from the Historic England Heritage at Risk Register and to provide public access to the tower. This aim will be met while also providing volunteer opportunities and public engagement activities. The programme of archaeological work includes geophysical survey, fieldwalking, archaeological evaluation trenching, building survey, watching brief and archival research. 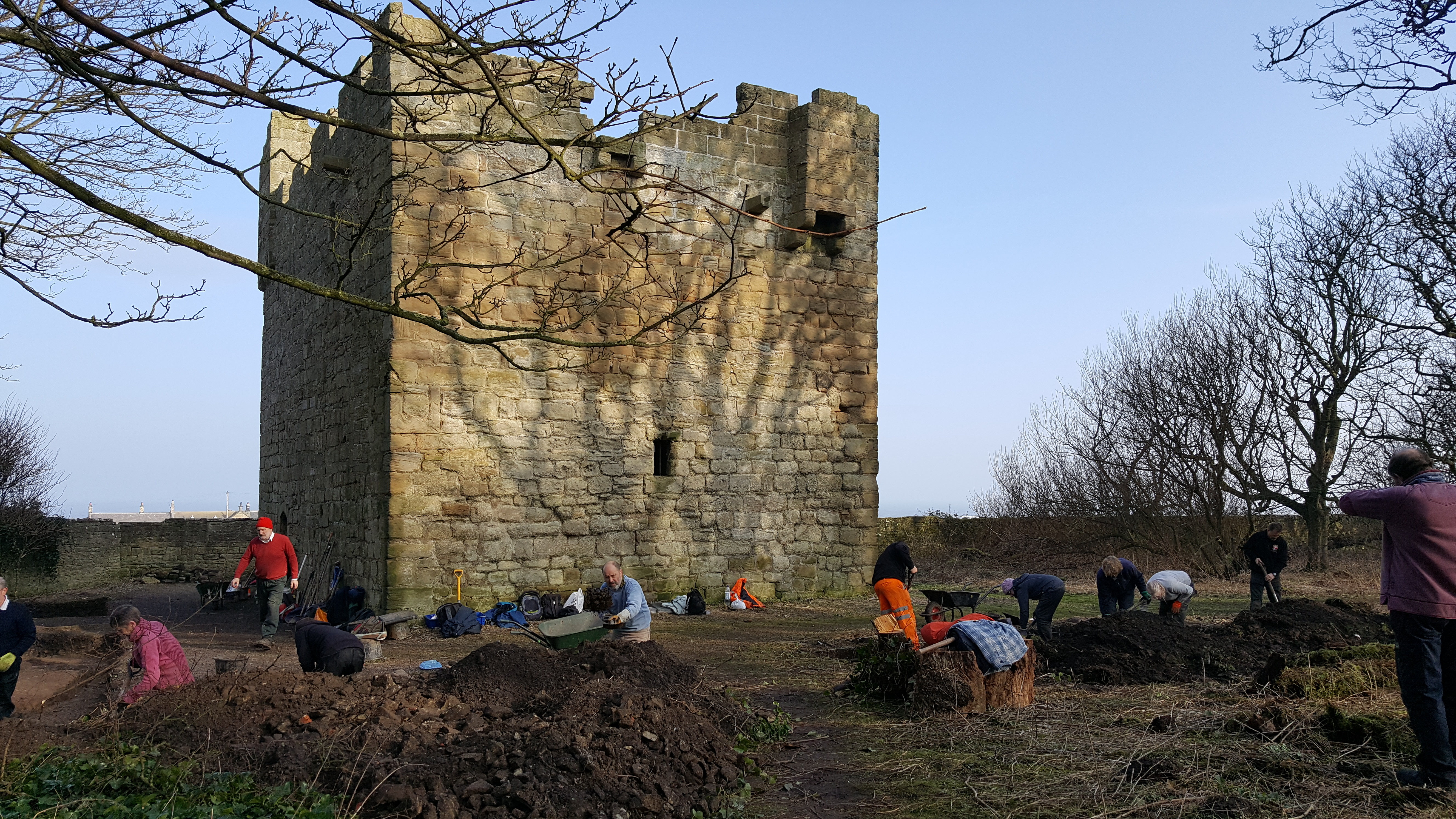 The pele tower with excavations, and excavators, in the foreground.

Cresswell Pele Tower represents a well-preserved example of a border tower house or ‘pele’ and is believed to date to the 14th or 15th century. In the 18th century a large mansion house was constructed adjoining the tower, but was later demolished. The tower now stands on the edge of a caravan park where it has been the target of vandals in recent years.

A two-week archaeological evaluation followed geophysical survey and fieldwalking in February 2017. The evaluation was conducted within Fisheries Field, to the east and south of the pele tower, and in the immediate vicinity of the pele tower itself. The evaluation aimed to identify and assess any archaeological features within these areas. A total of nine evaluation trenches were excavated within Fisheries Field and revealed evidence of Mesolithic flint knapping activity, Bronze Age burials and medieval ploughing. 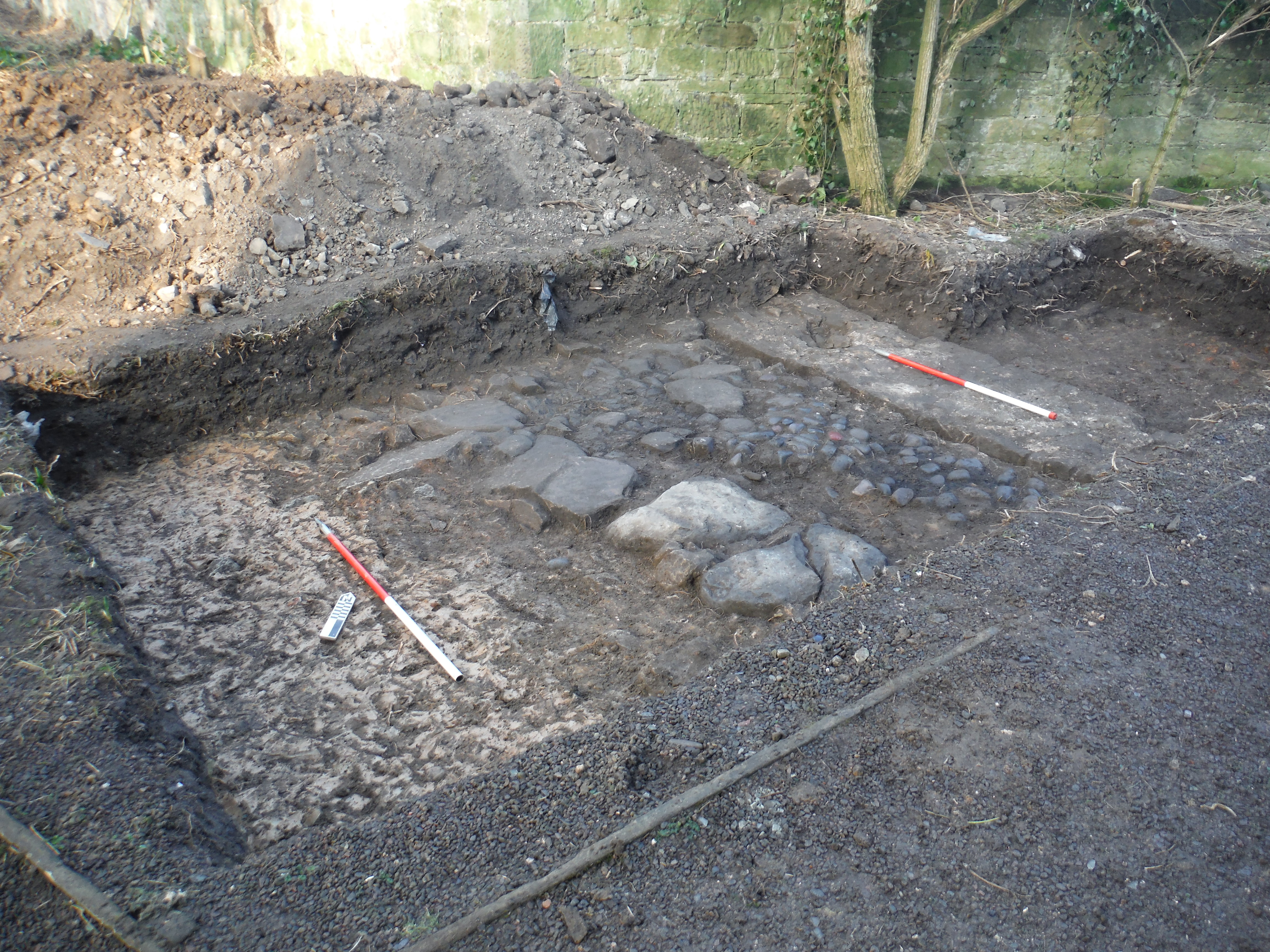 A further three, hand-dug trenches were opened up around the tower. These trenches produced important new evidence for buried archaeological remains including an earlier building than the tower consisting of a cobbled floor surface and a rough but substantial wall foundation (see above). Medieval pottery dating from the 12th -14th centuries was also recovered supporting the structural evidence for occupation on the site pre-dating the pele tower”.

Full reports of the work carried out, so far, can be found on the project’s website pages here. These reports include further details of the varied fieldwork, locations around Cresswell and also of the many of the finds recovered.

Further work is planned, as well as a talk on Wednesday 26 July at Cresswell Village Hall by Barry Mead as part of the Festival of Archaeology events across the north and indeed across the country. 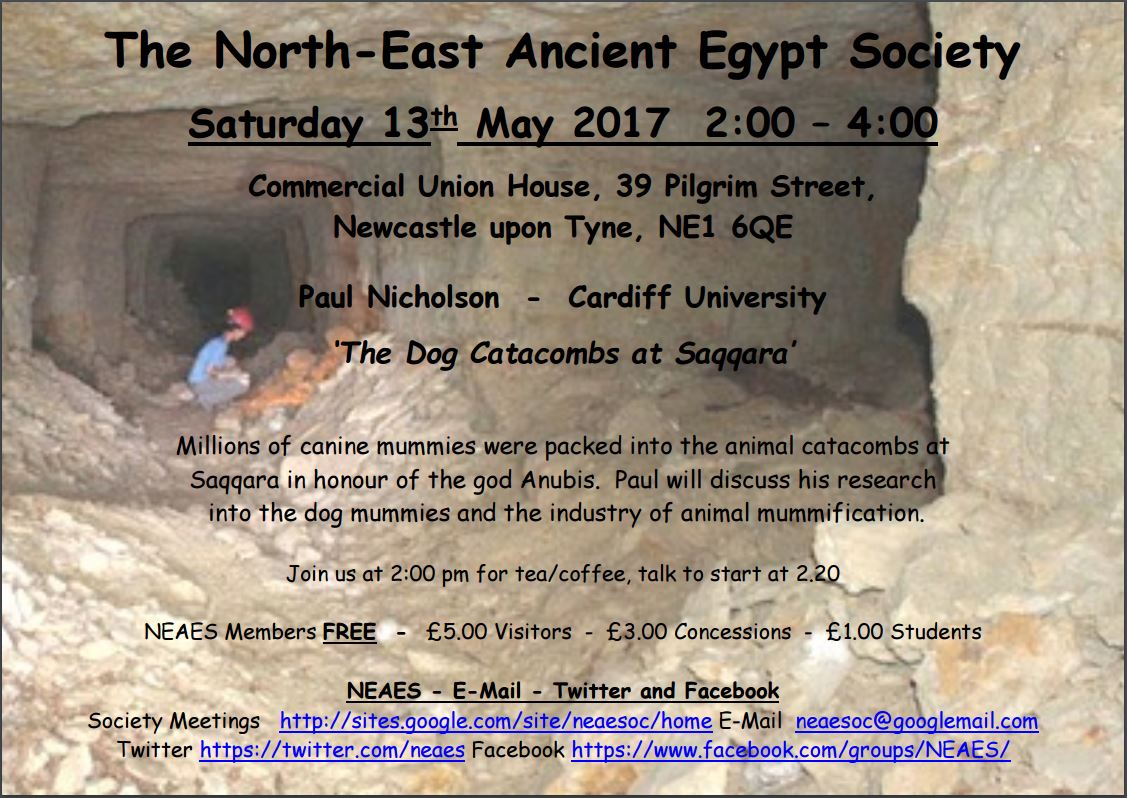 Other Events this weekend
Other events this weekend also include the AGM of our group member the Architectural and Archaeological Society of Durham and Northumberland at Shildon, near Darlington, the Tyne and Wear Heritage Forum’s second conference at Wallsend Memorial Hall (places are still available from here) for our F which includes details of the CITiZAN project whose fieldwork we covered last year (pictured below), as well as CBA National’s Member’s Weekend which is based on Tyneside this year.

We’ll have more on Festival of Archaeology events in further emails to you. We are particularly keen to promote the work of groups across our region, especially to those unable to make our April event. Please feel free to let us know of your future events.